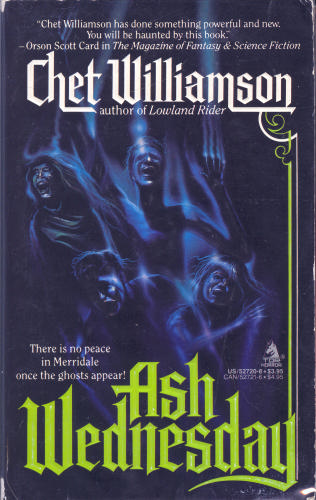 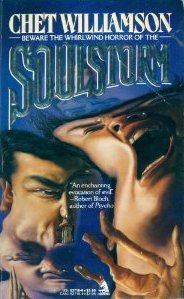 Here’s the beginning of a story of mine which appeared in Barbara & Christopher Roden’s anthology, At Ease With the Dead. I hope it intrigues you enough to avail yourself of the book and the many wonderful stories therein…

“And So Will I Remember You…”

I don’t recall when I bought the book. It must have been on my shelf for years before I read it and found the inscriptions.

How I ever came to have a copy of The Peep of Day; or, a Series of the Earliest Religious Instruction the Infant Mind is Capable of Receiving, I’ll never know. I had to have picked it up from Kerry Baker, the book dealer, since it had his code in it: “$1-“ with “xx” below it, showing that he’d paid nothing for it, probably having gotten it in a box lot at an auction. I suppose I bought it on a whim, due to its cheapness and age.

It sat unnoticed in the lawyer’s bookcases in my bedroom for twenty years, until the evening I lay in bed reading Todd Pruzan’s piece in The New Yorker about Mrs. Favel Lee Mortimer, the author. Perhaps I should say authoress, since that stuffy, tight-laced woman would no doubt have referred thus to herself. She was among the most Victorian of British Victorian writers, was the redoubtable Mrs. Mortimer, slinging moralistic platitudes and nationalistic chauvinism about like some precursor to the Evangelical one-minders who’ve cast a similar blight on the current cultural landscape.

The simultaneously amusing and nasty thing about Mrs. Mortimer was that she wrote for children. Her withered literary soul found fertile ground among her parental collaborators who foisted upon their hapless offspring such titles as The Countries of Europe Described, Reading without Tears, and the aforementioned The Peep of Day. When I read her various descriptions of those unfortunate enough to live outside of England – “…it would almost make you sick to go to church in Iceland” is one of her kinder judgments – I knew I had found a true monster of popular literature, and was assured of it when I unearthed my own copy of The Peep of Day.

I have a memory for books, if for nothing else, and although Mrs. Mortimer’s name meant nothing to me, the book’s title did. I set down the magazine on the nightstand, muttered a brief explanation to my wife Linda, and starting rummaging through the bookcase on the other side of the bedroom. After several minutes I came up with the sad little volume. Its cover was worn, the cheap pseudo-cloth covering the heavy paper boards was chipped, and the dark threads and white binding cloth of the spine lay exposed like muscle and nerves under skin.

I climbed back into bed and found that the edition was published by The American Tract Society, always a promising sign, and gave no author’s name. “Anna B. Huber’s book 1860” was written on the front flyleaf in an ink that time had browned. I turned to the text, hoping for outrage, and was not disappointed.

The first chapter, entitled “The Body,” describes the same in simple and non-technical terms:

God has covered your bones with flesh. Your flesh is soft and warm…I hope that your body will not get hurt…

You see that you have a very weak little body.

Thank you for all your many kindnesses, Mrs. Mortimer. Her eventual point was that the child should pray to God to keep its little body safe from harm. I suppose it’s merely a more explicit version of the old bedtime prayer, “If I should die before I wake,” but I wondered about the effect such a list of horrors would have on an impressionable child of “five or six,” Mrs. Mortimer’s target audience, as revealed in her preface.

I couldn’t help but share Mrs. Mortimer’s deathless prose with Linda, though she’s never been as fond as I of such literary cruelty. Being an elementary school principal makes her even more sensitive toward the feelings of children, and she was properly horrified and disgusted to the point where she gave a theatrical shudder, closed her own book, and turned off the light on her side, a cue that I should do the same, and one to which I responded as desired.

Nothing alarms me at night. When I close my eyes in the darkness I’m able to close them on the concerns of the day, even my current inability to create a solid outline for a new novel, which drove me mad whenever my eyes were open. Nor am I affected by any filmic or literary horror I might have ingested before bedtime. In short, I sleep well and heavily, and am awakened only by the twin orbs of the morning sun and my bladder when full. That bladder alarm usually wakes me around four in the morning, as it did on this particular night, so I got up quietly, traversed the darkened bedroom with the assurance of one who knows every toe-stubbing bedpost and nightstand by heart, and made my way to the bathroom.

When I stepped into the hall on my return, however, I felt suddenly ill at ease, as though if I turned and looked through the doorway into the living room, I might see a dark shape sitting in one of the chairs. It was surprising. Usually I’m as at home in the dark as a cat.

So I confronted my fear, and turned and looked directly into the room, lit only by the pale glow the street lights cast through the thick curtains. There was nothing there, of course, but I thought that I heard just the wisp of a sigh, high and feminine. I took a few steps to the doorway, reached in and turned on the light.

Most people don’t know that, besides writing fiction, non-fiction, plays, graphic novels, children’s books, and graffiti, I’ve also written a computer game, one that you could be playing in, oh, say, five minutes time. END_OF_DOCUMENT_TOKEN_TO_BE_REPLACED

Just last week I recorded some short stories by a friend of mine most of you have heard of. They’ll soon be available as downloadable MP3 files. Sent the WAV files off today for cleanup and the addition of sound effects and music. It’s a great project that will include stories by me as well as a number of other writers. I hate to be coy, but details will follow soon!

After several years of having a one-page vanilla website with a few outdated links and updates every other millennium, I decided it was time to get serious about this thing called the intranetwebz. After all, I’m an habitual Facebooker, an avid Tweeter (I refuse to call myself a tweep, dammit), and my iPhone is never out of my hands (speaking of which, it’s hard to type this way…). So why not get a real website? You know, with pictures, and links, and archives, and blogging, and lions and tigers and bears. Oh my. END_OF_DOCUMENT_TOKEN_TO_BE_REPLACED